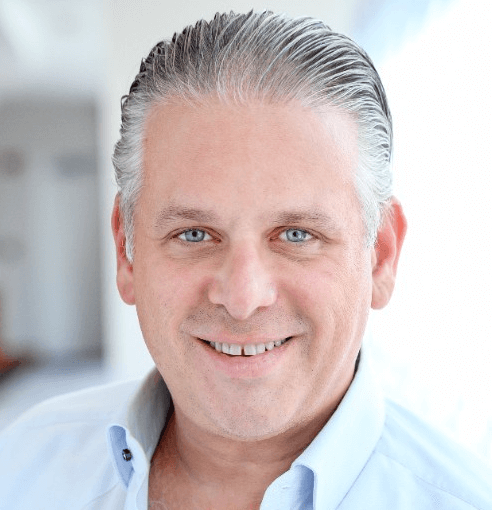 Albareda got an early start in business at the age of 14 in 1990, where he became passionate about business and entrepreneurship. He had a successful career as a young professional, quickly moving up the ranks across multiple companies and diverse industries, including in the advertising, spirits, entertainment, and media sectors. Initially starting at RMM Records (Universal Music) and eventually ending up at Univision Radio where he was responsible for creating the company’s non-traditional revenue initiatives across the organisation.

In 2002, Albareda saw an opportunity in the events, entertainment, and marketing space, which is where he had early success as an entrepreneur. Most notably in 2008, Albareda established Eventus Marketing, which grew to serve and partner with a wide range of marquee clients such as Sony Music, Univision Communications, New York Yankees, Kimberly-Clark, Walmart, McDonald’s, Keurig Dr Pepper, HBO, Walt Disney Entertainment, Sirius XM, and Latin GRAMMY’s among many others. In 2013, Eventus had become the largest multicultural marketing company in the US, which is when Albareda sold the company to Advantage Solutions via a roll-up strategy led by private equity group Apax Partners.

In 2017, Albareda established Loud And Live, where he currently serves as CEO. The company has quickly grown to be a dominant player across its areas of focus, including music, entertainment, sports, content development, and marketing.

In 2021, Albareda led the expansion of Loud And Live’s content development division with the launch of Loud And Live Studios, adding a Latin GRAMMY win in 2021, for the production of Juan Luis Guerra’s Entre Mar y Palmeras, a musical special that premiered on HBO. In addition, Loud And Live continues bridging top brands and artists such as McDonald’s, Walmart ,and Amazon, alongside Nicky Jam, Manuel Turizo, Lunay, Carlos Rivera, Natalia Jimenez, Mariah Angeliq, and Cazzu, to create unique consumer and branded experiences.

In addition to his endeavors at Loud And Live, Albareda, has a real-estate portfolio and management company focused on commercial and multi-family properties in South Florida.

Albareda also has a long history of serving his community. In 2010, he was appointed by the US Congress to serve as a commissioner on the Federal Commission to provide a report to President Obama on the creation of the National Museum of the American Latino in Washington DC. Currently, Albareda serves as a director on the US Cuba Democracy PAC, a Cuban American group that advocates democracy in Cuba.